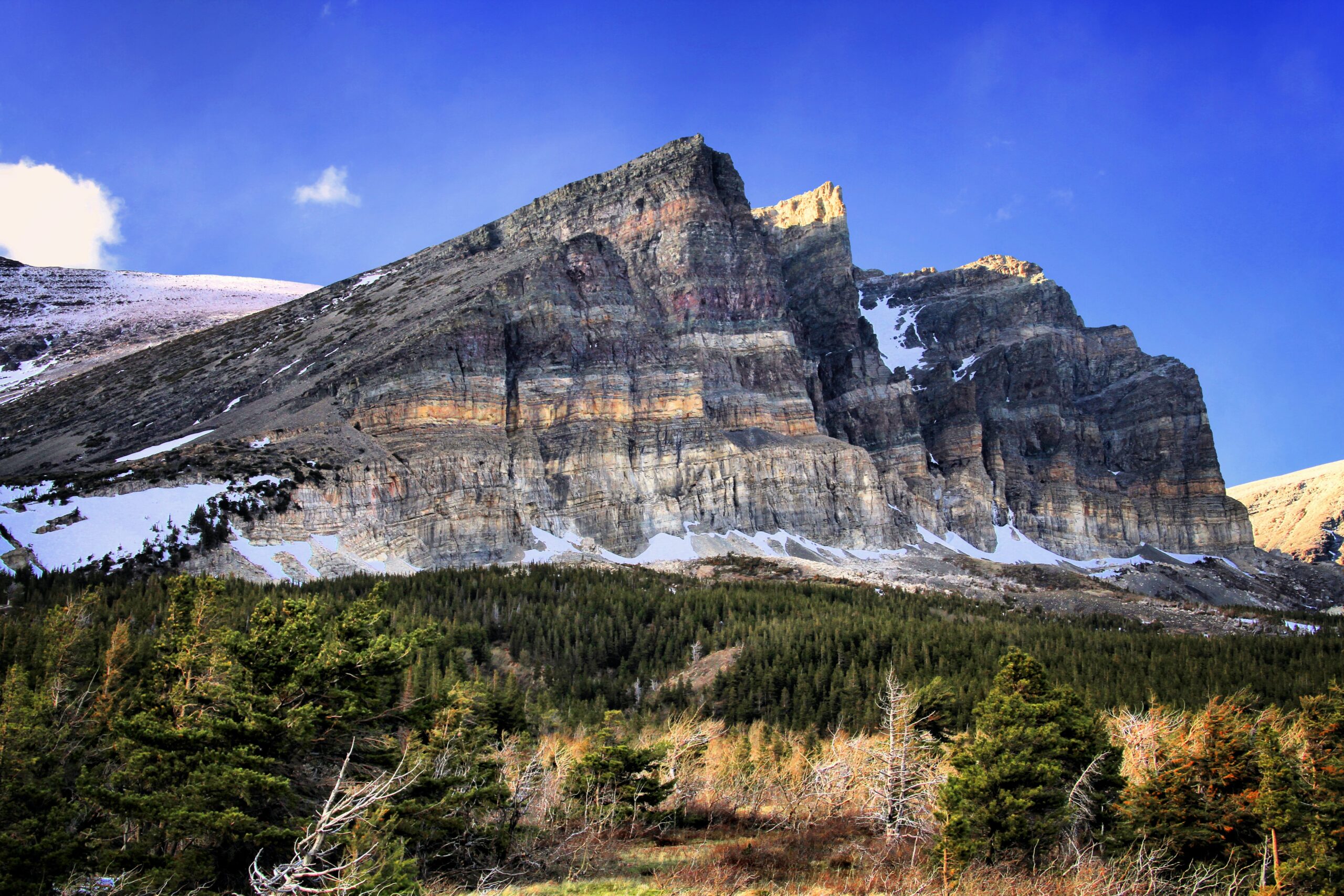 Photo by Gary Yost on Unsplash

Once upon a time, and not so far-away,

there was a beautiful “kingdom” made of sedimentary rocks which was divided into three ‘lands’: the detrial land, the chemical land, and the organic land.

In this post, you are invited to meet the inhabitants of each of these lands and learn more about them. After all, when taken together, they cover 75% of the Earth’s surface and therefore have a frequent interaction with the surrounding environment(1). This makes sedimentary stones not only fascinating to study, but also very important for keeping track of many important natural processes (spoiler: even such events as past climate changes).

Our journey begins in the biggest “land” of sedimentary rocks : the detrial (or clast) land. The rocks from there are formed from pieces of transported rock sediment, which is a result of mechanical weathering of preexisting rocks (termed bedrocks) (2). The main constituents of these rocks are quartz, feldspar, and mica minerals. Another fun fact: by analyzing what minerals form a specific detrial rock, we can tell how far that sediment had to travel from the bedrock. The bigger the distance travelled, the higher the quartz content due to the fact that quartz has a higher resistance to erosion during transportation, compared to other weaker minerals (3).

So, it might be tempting to think detrial rocks are classified by their quartz content, in view of the fact mentioned above, but this isn’t so: the ‘citizens’ of the detrial land chose particle (or clast) size to set themselves apart. Therefore, in ascending order, particles can have the following sizes: clay, silt, sand, granule, pebble, cobble, and boulder. Notice, that the term ‘sand’ is not always referring to what one could imagine seeing at a beach! It is just a measurement term!

The most abundant detrial sedimentary rock is shale; it is comprised of silt and clay- sized particles which gradually settle, forming thin layers (laminae) in non-turbulent environments such as deep ocean floors (4). The second most abundant detrial rock is sandstone, which is composed of sand-sized particles and can be formed in many environments such as sea beds. Sandstone is mostly made of quartz, feldspar, and micas, but iron can also be present, giving the rock a brownish-reddish color (5).

Our journey continues to the second largest “land” – the land of chemical sedimentary rocks. These rocks form by precipitating out of mineral rich waters where lots of ions are present. But unlike solid clasts, ions can travel for much longer distances, which makes it hard to tell how far some specific ions had to travel before the necessary conditions for precipitation occurred. Take halite for example: this is naturally occurring salt (sodium chloride), which forms in partially closed water basins. This happens when the concentration of salt ions increases, due to water evaporation, and salt crystals are formed (6). However, the most abundant rock in this land is limestone. Chemical limestone is formed by direct precipitation of calcium carbonate from water. This process creates calcite deposits in caves: stalactites, stalagmites, cave pearls, and others (7). But an absolute oddity is oolitic calcite: it is essentially a small inorganic pearl! This type of limestone occurs when calcium carbonate precipitates around loose sand grains on near-surface sea floors. Oolitic limestone is also rare compared to the abundant supply of other limestone, such as the biological one. In fact, most of limestone is created through biological processes and is thus part of our last stop on this journey.

Biological sedimentary rocks form with the help of different living organisms. For example, limestone is secreted by coccolithophores (a type of phytoplankton) for protective scales. These scales surround the coccolithophore in huge quantities, which get subsequently deposited at the basin floor after the organism dies (8). Another example of organic limestones are shells and corals: their skeleton consists of organic aragonite (a form of limestone). Lastly, coal, which comes from dead plant matter, is also formed in sedimentary deposits (9). An exclusive benefit of biological sedimentary rocks is the fact that they often contain fossils and other “testimonies” about the past environments, these being an important tool for reconstructing the Earth’s biological past. Additionally, many of these rocks are valuable economic resources. It is important, however, to be mindful of their use since most of them are non-renewable resources.

And that’s it! We hope this short journey across the “sedimentary kingdom” has been useful in sharing with you some of the ideas behind sedimentary rock classification, and we hope to see you again on our next posts on the Sedimentary- Theme!!!

This post was written and edited by Victoria Corcimaru